Genetics Unzipped podcast: Out of Africa – uncovering history and diversity in the human genome

In the latest episode of Genetics Unzipped presenter Kat Arney takes a virtual trip to Africa to explore the genetic diversity in the birthplace of humanity, discover how researchers can read the cultural and historical stories written in the genome, and discuss the implications for the lack of diversity in our current genetic databases for global health.

Professor Sarah Tishkoff from the University of Pennsylvania talks about her research mapping human genetic diversity in Africa. Tishkoff has spent decades working closely with communities and researchers throughout the continent, gathering huge amounts of data from many different populations in order to understand how genetic variation affects a wide range of traits – including health and disease susceptibility – and how humans have adapted to a changing world. But, as she tells Kat, it’s not been an easy journey.

“The only reason that I am still doing this research after about 19 years is because we were really careful to do it in a sensitive way right from the start. That wasn’t the easy way. At the time, there were a lot of people who weren’t even getting permits, they weren’t getting informed consent from people. They were sort of flying in and flying out. We didn’t want to do it that way,” Tishkoff explains.

“The most important thing is that you have to have local collaborators. So we had people in each country who were trained as geneticists or as anthropologists and they were key partners. There has to be a partnership. They are also going to be the ones that are going to make sure that you’re doing this in a culturally sensitive way and an ethical way.

“The other thing is, even though it’s very time consuming, we have to get permits at every country. That means that we go through extensive ethical review at the level of the government. That’s what takes the longest, I would say usually between about three to five years before we ever can start the fieldwork.”

As well as talking about the complexities of carrying out ethical fieldwork with African populations, Tishkoff also explains why it’s so important to use more genetically diverse data to inform the development of precision medicine.

“It’s important… to be more inclusive in human genetics research so that everybody may benefit from the research. I think that if we don’t include ethnically diverse populations, it’s just going to exacerbate health inequalities.

“We recently wrote a perspective where we looked at a genome-wide association study database. We found that about 80 percent of the individuals included in these studies are of European ancestry, about 10 percent East Asian ancestry, about 2 percent African ancestry, 1 percent Hispanic ancestry and less than one percent, everybody else in the world.

“We don’t know about the diversity that exists. We know that there are differences in the prevalence of certain diseases, and we know that health disparities can be caused largely by socioeconomic factors and diet and behavioural factors. But in some cases there could also be genetic risk factors and so it’s important to understand both the genetic and environmental risk factors for a disease. In order to do that, we have to study diverse populations.”

Kat also talks with Dr Garrett Hellenthal, Associate Professor in Genetics, Evolution & Environment at UCL, who is investigating the interplay between genetics, culture and society of the Ari people of Ethiopia.

Curiously, although the Ari all originated from the same group, they have separated into highly distinctive genetic groups according to occupation, suggesting that social norms are a powerful driving force for the evolution of the population. But, as might be expected, there are still a few ‘Romeos and Juliets’ who are prepared to cross the social divide for love…

Finally, we hear from Dr Lucy van Dorp, a ‘genetic archaeologist’ based at the UCL Genetics Institute, who has been studying human genomes to unearth the hidden history of the Kuba Kingdom – a mighty 17th century African Kingdom.

Based in the region that is now the Democratic Republic of the Congo, the Kuba Kingdom was such an advanced civilization that European colonizers couldn’t believe it was truly African. However, the history written the in DNA of the Kuba people reveals that the Kingdom accumulated its intellectual and financial wealth by acting as a kind of metropolitan mixing pot for the surrounding area. It’s a rich story of people and places written within DNA.

Get the full story by listening to the latest episode of GeneticsUnzipped.com

Listen to Genetics Unzipped on Apple Podcasts (iTunes) Google Play, Spotify, or wherever you get your podcasts 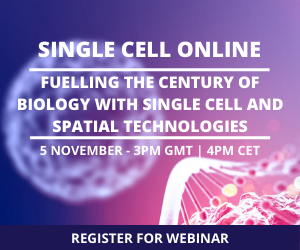