Researchers have utilised lipid nanoparticles to deliver CRISPR technology and found that this technology could destroy cancer cells within an animal model.

In recent years, molecularly targeted inhibitors and immunotherapy have greatly improved cancer responses and outcomes. Nonetheless, high recurrence rates and the development of resistance have highlighted the need for new therapeutic modalities.

Most cancer therapies require repeated administration. This increases treatment-related toxicity and treatment costs. It also severely reduces patient quality of life. CRISPR-Cas9 gene editing has the potential to permanently disrupt tumour survival genes and overcome these repeated dosing limitations. However, the large size of Cas9 and single-guide RNA is challenging for conventional viral and nonviral delivery systems. Most in vivo studies using gene editing utilise adeno-associated viruses (AAVs) to deliver CRISPR components. However, these are limited by their small carrying capacity, immune responses, hepatoxicity at high doses and lack of cellular targeting.

Lipid nanoparticles (LNPs) are nonviral nucleic acid delivery systems that are capable of delivering large payloads. In a study, published in Science Advances, researchers developed a targeted nonviral LNP delivery system for therapeutic genome editing. They created the LNP using a novel amino-ionisable lipid. Then they evaluated this system in two aggressive and incurable cancer models in mice.

The ability to disrupt gene expression in vivo in tumours presents new avenues for cancer treatment and research. It also offers potential applications for targeted gene editing of rare genetic diseases and chronic viral diseases, such as AIDS.

“It will probably take some time before the new treatment can be used in humans, but we are optimistic. The whole scene of molecular drugs that utilise messenger RNA (genetic messengers) is thriving – in fact, most COVID-19 vaccines currently under development are based on this principle. When we first spoke of treatments with mRNA twelve years ago, people thought it was science fiction. I believe that in the near future, we will see many personalised treatments based on genetic messengers – for both cancer and genetic diseases.” 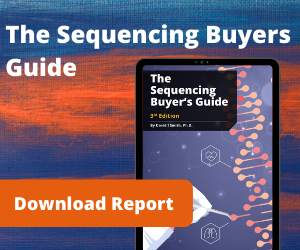