Scientists have designed tools to regulate protein-protein interactions, akin to the structure of electronics, that are capable of controlling T-cell gene expression. These artificially designed proteins act as molecular logic gates and should enable sophisticated control of post-translational expression across a wide range of synthetic biology applications.

What are logic gates?

Logic gates are the basic building blocks of electronic circuits, having one or more inputs but a singular output. The relationship between the number of inputs and outputs is based on a certain logic, and upon which the gates are named. Common two-input gates are called AND, OR, NAND, XNOR, and NOT gates.

One example of a logic gate is what happens when you simultaneously press the Shift and A keys on a keyboard, for an uppercase A to appear. Hence this is known as an AND logic gate. Similarly, in biological systems, the presence of two different molecules can cause a cell to produce a specific output, for example upregulating or downregulating a gene. 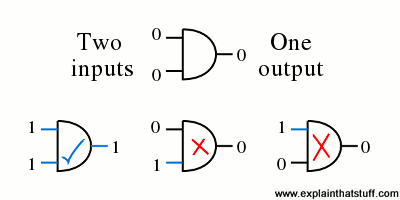 As protein-protein interactions are essential ubiquitously in cellular programming, bioengineers have previously used DNA, RNA and modified proteins to design logic gates for the purpose of “re-wiring” native signalling pathways. These new de novo designed proteins are more modular and versatile, and unlike previous circuits will not be hindered by scarcity of building blocks, said the study authors.

Lead author Zibo Chen of the University of Washington School of Medicine explained: “The whole Apollo 11 Guidance Computer was built from electronic NOR gates. We succeeded in making protein-based NOR gates. They are not as complicated as NASA’s guidance computers, but nevertheless are a key step toward programming complex biological circuits from scratch.”

Although much progress has been made within the past few years in CAR-T therapies, their success has mostly been restricted to blood-based cancers, with solid tumours posing greater clinical challenges. This is attributed, at least in part to, to the vulnerability of the engineered cells to what’s known as “T cell exhaustion”, where the cells have a limited lifespan. To investigate solutions to this key roadblock, after using yeast cells the de novo-designed proteins were trialled in primary human T-cells. The team was able to quantitively demonstrate transcriptional repression of immune checkpoint genes, which are critical to T cell exhaustion.

The group concluded that prolonging the activity of CAR-T cells is only one of many cell engineering applications that they envision for these sophisticated circuits. An “essentially unlimited repertoire of heterodimeric building blocks can be created using the de novo design.”