The webinar will be available on-demand after this date.

At Front Line Genomics we spend a lot of time helping our audience understand and investigate the impact of genomics technologies on physiology, pathology and medicine. Yet genomics, and whole genome sequencing in particular, has a much greater role to play, not least in areas such as evolutionary biology, understanding ecological systems and addressing climate change.

So, for his webinar, we’re delighted to present a case study focusing on the genomics of tree health and adaptation, presented from an eminent scientist – Professor Richard Buggs – working at the Royal Botanical Gardens, Kew, and relating specifically to the role genetic variance plays in resisting ash dieback, a deadly fungal disease that has killed millions of ash trees in the UK since its arrival in 2012.

Ash is among the most common species of tree found in the UK, thought to number around 100 million. In 2012, a deadly new fungal disease affecting the ash tree population arrived in Britain, subsequent killing millions of trees. This matters for many reasons, including the role of ash trees as resources (for example, for timber), as habitats for wildlife, and because of the wider role trees play in the removal of carbon dioxide from the atmosphere.

This webinar will cover the genomics research conducted by Richard Buggs and his team, using whole genome sequencing and related technologies to not only understand genetic diversity in ash trees, but also to identify genetic loci within the ash genome which are associated with resistance to the fungus responsible for ash dieback. Also covered will be an outline of how selective breeding can develop trees that are resistant to ash dieback disease, plus the design and deployment of a genomic prediction model to predict ash tree health.

The main presentation from Richard Buggs will also be followed by a live Q&A session.

Webinar attendees will leave with:

With an introduction from:

This webinar has been produced with the kind support of Novogene, whose technology/services were used in much of the research presented. You can find out more about the technologies outlined in this webinar by visiting the Novogene website. 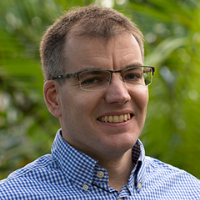 Richard Buggs is currently Senior Research Leader (Plant Health) at Royal Botanic Gardens Kew, and Professor of Evolutionary Genomics at Queen Mary, University of London. Previously Richard was a Research Fellow at QMUL, funded by the Natural Environment Research Council (NERC) to work on the genetics of birch tree species in the UK. He examined the effects of hybridisation and population size on the evolution and conservation of dwarf birch, a nationally scarce species. Before this, Richard was a post-doctoral research associate at the University of Florida, in the lab of Doug and Pam Soltis examining the evolutionary genetics of plant species with different numbers of chromosome sets. He studied the rapid loss and silencing of genes in new plant species that arose from natural whole genome duplication events. He holds a DPhil from the University of Oxford for a doctoral thesis on the evolutionary ecology of two closely-related plant species in Spain. He received his undergraduate education at the University of Cambridge, where he was elected Bateman Scholar at Trinity Hall, and gained a first class Bachelor’s degree in Natural Sciences. 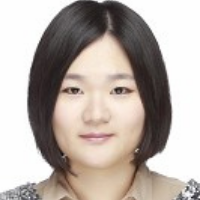