100kb into the genome – a quest to improve target enrichment

Armed with a decade of experience in the life science industry-leading technology programs, managing bioprocessing research and steering the commercialization of innovations, Marie Mikkelsen now directs the development of instruments, microfluidics, molecular biology and bioinformatics at Samplix.

And there is no better person for the job. Marie is also a co-founder of Samplix ApS. In fact, she is an original developer of the foundational technology that led to Xdrop™.

Xdrop™ – a target enrichment technology developed and commercialized by Samplix – promises to change the way scientists tackle some of the most challenging questions in genomics. It builds on the simple idea that working with single long DNA molecules is the best way to unravel complexity and reveal variability in the genome.

In this personal interview, Marie talks about the a-ha moment that led to a powerful idea, her take on what makes Xdrop™ unique, and the exciting frontiers it allows us to explore.

Tell us a bit about the journey that led you to Samplix?

I suppose it started several years back. Working with thermophilic bacteria, Thomas Kvist and I developed new tools for bacterial cloning. With one of these tools we could compartmentalize bacteria and select specific ones without using antibiotics. The principle was literally first described on a piece of kitchen towel. It occurred to us quite early on that we could apply the same principle to molecular biology, that is, working with DNA molecules instead of microbes. The broader application scope was appealing, and so we chose to pursue it. Using droplets to partition DNA fragments and compartmentalize single-molecule reactions came later as a way to increase efficiency. It has been a fascinating adventure, together with my great team, to guide the evolution of Xdrop™ and watch what started as an idea unfold into a fully commercialized, truly elegant solution for numerous challenges in genomics.

The concept of working with individual long DNA molecules is a common thread in what we read about Xdrop™. Is that what made you pursue this technology?

Enriching long DNA molecules is an important enabling aspect of Xdrop™, no doubt. As input for sequencing, these long molecules give a much broader perspective on the genomic context in which sequence variants occur. However, what makes Xdrop™ unique is how we arrive at this enriched selection of long molecules. By individually compartmentalizing them into droplets, Xdrop™ identifies molecules that contain a specific short sequence we call a Detection Sequence. Amplifying the Detection Sequence makes the droplet fluoresce so it can be sorted with a cell sorter. At this point, Xdrop™ has efficiently fished out original molecules. These target molecules are native long molecules, and the non-target molecules have been removed. No targets have been amplified. In a second step, these selected molecules are individually amplified via high-fidelity droplet multiple displacement amplification (dMDA) to take you from single-digit nanograms of input DNA to a 1000-fold enrichment or more. This focus on single-molecule resolution avoids the downsides of other methods that introduce bias, reduce fragment length, and obscure potentially significant genomic variability.

Having said that, what makes me grow and nurture Xdrop™ is not a capacity inherent to the technology itself, but what users do with it. I think that the hallmark of a breakthrough technology is a radiation of new applications from users. A technology that is simple, elegant, and transparent feeds the imagination. As a result, you see a surge in new solutions for age-old problems or explorations of uncharted areas that were locked because we lacked the right tools. Xdrop™ is one of those technologies. While enriching long molecules for long-read sequencing is a major application, Xdrop™ is also compatible with targeted short-read sequencing, whole-genome sequencing, multiplexing and likely other techniques that are not yet on our radar. The sky’s the limit.

What have been some of the most intriguing and surprising uses you’ve seen so far?

The simplicity of Xdrop™ allows for unrestrained innovation in use. There are powerful technologies that have produced incredible insights in the biological sciences, but the more complex that technology, the more difficult it is to imagine out-of-the-box uses for it.

For example, although designed as a tool for targeted enrichment, the instrument and consumables are used to leverage dMDA in preparing low content samples for whole-genome sequencing. This is only the second half of the Xdrop™ workflow, and it has the advantage that the individualized reactions avoid amplification competition, bias, or the generation of chimeric products.

Another example is the flexibility in placing the primers for the Detection Sequence in the first half of the workflow – the indirect sequence capture. You can position the primers within the sequence you are targeting, and Xdrop™ will provide you with a picture of an extended (~100 kb) region around that. Or, if your target sequence is unknown, you can position the primers to flank the target and enrich large enough fragments to span your region of interest. Tandem repeats are notoriously difficult to resolve with short-read sequencing because mapping is often ambiguous. And yet, those repeats could be relevant for disease pathology. Dr. Marzia Rossato will discuss in an upcoming webinar her successful use of Xdrop™ to examine clinically relevant repeat regions that have “remained in the dark” so far.

Using Xdrop™ to validate CRISPR edits has been an eye-opening application. With Xdrop™, we can scrutinize a ~100 kb region around a CRISPR-edited site and directly look for unintended modifications that might have occurred outside of the site. Our colleague Dr. Peter Mouritzen will present data from a recent project where they detected precisely such unintended indels that were missed by commonly used validation methods.

I think, however, that the most unexpected interest we have encountered so far comes from the plant genomics community. In retrospect, it shouldn’t surprise us. Plant genomes are large, complex, repetitive, and polyploid. Having high fidelity and single-molecule resolution in a method that is easy and inexpensive compared to what they have had to use so far is very attractive.

I am looking forward to seeing how plant researchers implement Xdrop™.

Looking into the future, what new areas will you explore with Xdrop™?

There is still a lot to explore, and some applications may yet be discovered. One variation on the Xdrop™ workflow that I’m particularly excited about is multiplex enrichment. So far, we’ve talked about one Detection Sequence to capture target molecules. However, you can use multiple primers to enrich staggered long DNA molecules that collectively cover a region far beyond 100 kb, or you can capture several different targets at the same time. You can use the same dye on the amplified Detection Sequences to sort out all droplets containing any of the molecules.

I suspect that our users will find unforeseen and trailblazing applications for Xdrop™. Our curiosity about those endless possibilities is what drives our work at Samplix. 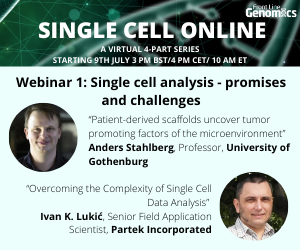